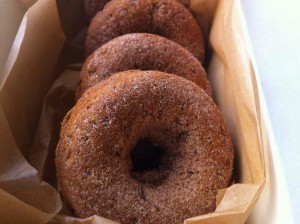 I must confess that ever since fall began I have been on a bit of a pumpkin kick. I have been enjoying pumpkin baked sweets and lattes. I can’t seem to get enough of that irresistible pumpkin and spice flavor. These baked pumpkin doughnuts are the latest in my stint of pumpkin sweets. They are a delightfully moist and dense cake doughnut filled with fall flavor.

Recently I got a Wilton Donut Pan and it helps make these yummy doughnuts take a matter of minutes. I adapted this recipe from bakerbynature.com.

Topping Ingredients:
I began by preheating the oven to 350 degrees and lightly greasing the doughnut pan. 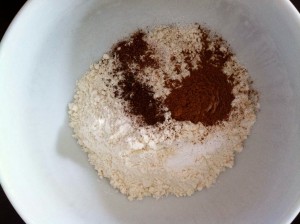 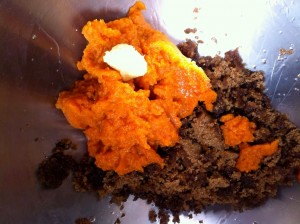 Then in the mixer bowl I added 3 tablespoons of browned butter, 3/4 of a cup of pumpkin puree, 1/2 of a cup of dark brown sugar, and 1/2 of a teaspoon of minced ginger. I mixed until combined. 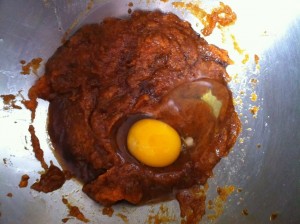 I added 1 egg and 1/2 of a teaspoon of vanilla extract. 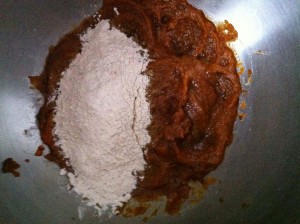 Then in two equal parts I added the flour mixture. I mixed until just incorporated. I made sure not to over mix. 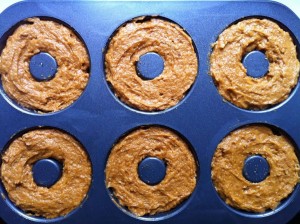 I spooned the batter evenly into the doughnut pan (a piping bag would work well here too).

Then I baked the doughnuts for 12 minutes and a tooth pick came out clean.

I let the doughnuts cool for five minutes and moved on to mixing up the topping.

In a shallow dish I mixed together 4 tablespoons of sugar and 2 teaspoons of cinnamon. 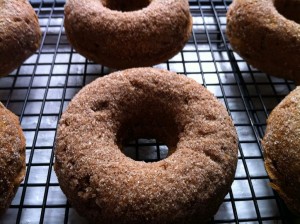 Then when the doughnuts were cool enough to handle yet just slightly warm I gently pressed the top of each doughnut into the cinnamon and sugar mixture. 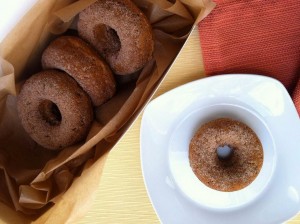