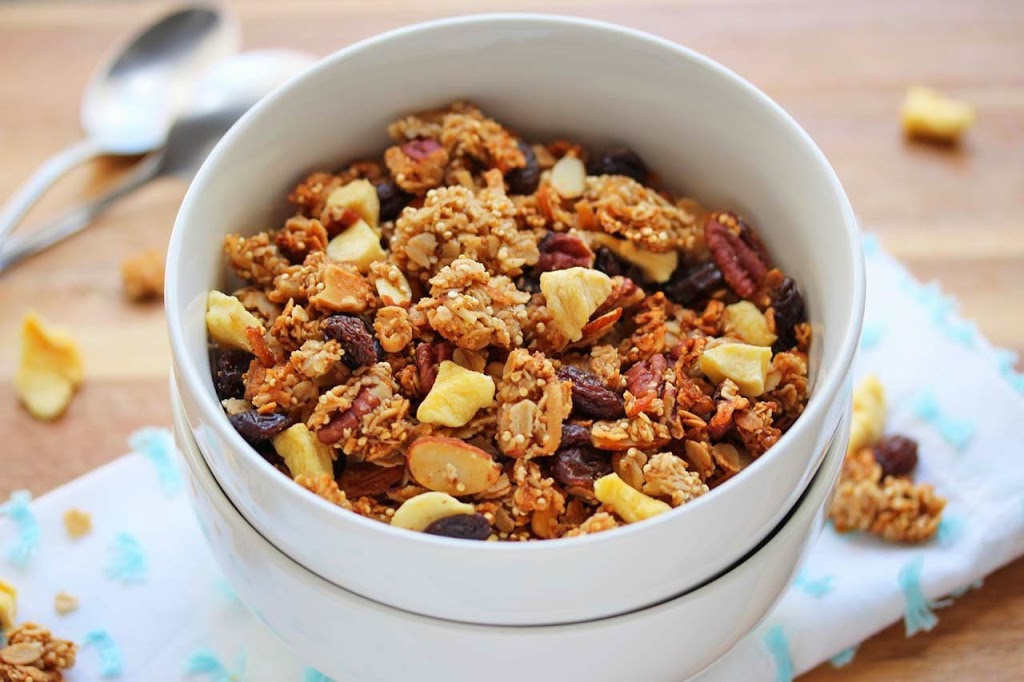 This week (so far) has been both busy and exciting all rolled into one! Before I tell you about this delicious granola, which is currently being munched on as I am typing this, I would like to share with you some of the events of my week. Monday was the day, after much research and debate we finally purchased a camera! Up until this point all of the photos taken for the blog have been with an iPhone 4 and 5 camera. Which while it worked well, I wanted something more powerful and with more control. I am still learning and getting comfortable with this camera but so far I am very pleased with the results. You can take a peek here to check out an older granola post taken using the iPhone camera.

Another highlight of this week is a business update. In a previous post I mentioned that I would be sharing updates with you from my journey to starting my own baking business. Last week I filled out a home processors registration request form, which has just been approved! I am also currently working on a few cookie recipes that I hope will be a hit. 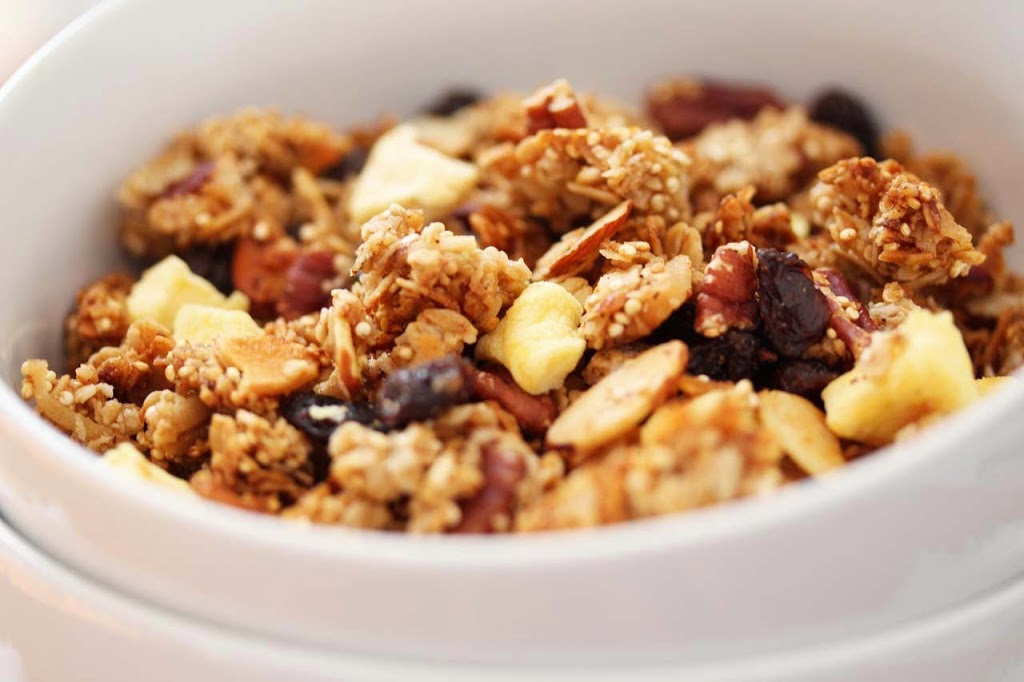 Lets talk granola now shall we! This recipe is a take on one of my favorite on the go apple cinnamon and nut snack bars. I took some flavors that I love about the snack bar like tender bits of apple, crunchy nuts, chewy raisins and hints of cinnamon and transformed it into a crisp and crunchy granola that is quickly disappearing by the handful around here. I adapted this recipe from sallysbakingaddiction.com. This granola has a warm spice from the cinnamon and cloves, with an extra crunch compliments of the quinoa. I also added some sweetened coconut which gives the granola a nice toasty coconut flavor.

In a large bowl toss together the oats, quinoa, almonds, pecans, coconut, ground cinnamon,  ground cloves, and salt until well combined. Set aside.

In a small bowl whisk together the coconut oil, brown sugar, and vanilla extract until well combined. Pour the wet ingredients over the dry ingredients and mix with a wooden spoon until evenly coated and damp.